Palads is Denmarks biggest cinema complex with 17 screens. I took this picture outside the entrance where the children have a chance to get rid of all that energy that built up during the movie they just saw.

When I visited Barsebäck last weekend I saw a cute couple having a little picnic on an old bunker nearby. I surely felt as a stalker when taking the few pictures but it doesn’t seem like I disturbed them that much, does it?;)

In any city there’s a lot to see and experience. When the city is the size of London you have got to keep your eyes open. Even so I didn’t expect to see a couple of huge and very life-like statues in a little backyard.

Finally internet is back! I turned off the computer last night and this morning the DNS server had gone on vacation. The picture below is what I think the people at ComHem does at work. They are quick to take my money but whenever I have a problem I always get the same lousy treatment:(

You know that you’re in for a rough and long day when it starts off with the incredibly hard decision whether to put this picture in the “people” or the “animal” category. After some consideration I chose the first one and I’ll leave it to future historians to decide if I was right or wrong. 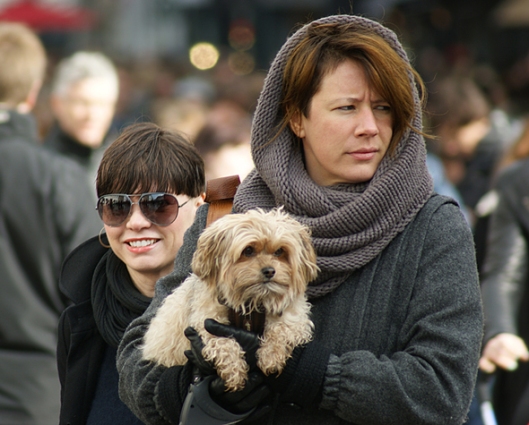 Before returning to Hyllie and more pictures from there we make a brief journey to Copenhagen and meet these two guys. They are in the middle of a sweet little after dinner nap which even I think must be one of the best things in the world;)

I long for the first day of spring when I can sit on the benches close to Domkyrkan and feel the warmth of the sun on me. When that happens though, it’s a pretty safe bet that I won’t be accompanied by a cigarette and a can of beer.

The city of Lund… What would it, or any city for that matter, be without its fair share of people who are one or two golf clubs short of an entire set. The man below, for example, is perhaps as well-known to the citizens of Lunds as Domkyrkan is and he has walked the streets for many years by now. Today he was without his faithful wife by his side but the message was still the same: A man , whom he apparently studied together with, is in his misty mind the man who murdered the former Swedish prime minister Olof Palme. As far as conspiracy theories goes this is pure gold and I would probably give my right foot to hear his view on the Kennedy assassination or whether we have walked on the moon or not;)

Edit: Sadly the man with the sign is no longer amongst us. He passed away in the spring of 2013. 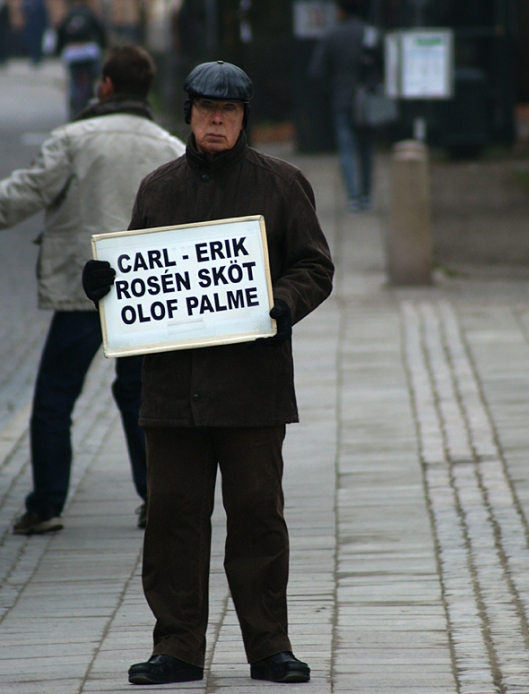 Here is another picture from the trip to Louisiana and an absolutely amazing exhibition called Living: Arkitekturens grænser III-IV. In this particular part of it a tiny camera captured movements and showed them on a wall of lightbulbs. The effect was awesome!:)  If you have the time, don’t miss this!