I’ve taken so many pictures in a nature area outside of Lund called Skrylle during my various bike trips there that it’s been long since I lost count of them. A couple of evenings ago I snapped this one as I was heading home. Normally I like summer more than fall but one thing fall has going for it, is the intense colors in the beautiful sunsets and sunrises.

I saw these two cuties engulfed in an epic battle a couple of weeks ago. It looked like the spider was only  a couple of minutes away from a nice snack but when I came back a little while later the wasp was gone. I guess it must have fallen from the web. The spider wasn’t hurt in any way and had soon spun a new web. A somewhat cool picture if I may so myself.

It’s been ages since I last posted here. I have nothing to blame but myself but there seems to be little or none time to spare at the end of the day. Both spring and summer has come and gone since my last words and I really don’t want it to go that far until my next post.
Today I’d like you to meet a little dragonfly that I met during the vacation. 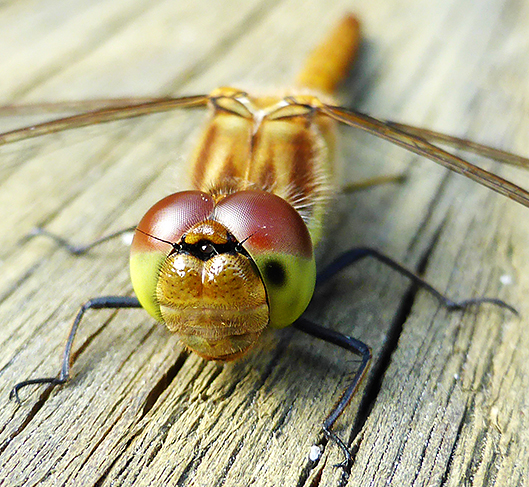 I was out with a friend a couple of weeks ago, trying to get some pictures of Lund and what it looks like during the night. Below is a picture of Domkyrkan, the Cathedral of Lund and Lundagård, the park where it can be found. The picture was taken on the 8th of January and shows a typical winter night in Lund. Snow has unfortunately been really scarse so far and it doesn’t look like there will be any more this winter . 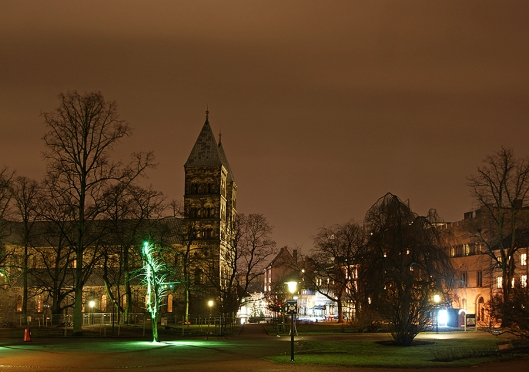 The Cathedral of Lund. Please press for a bigger version.

Today I’d like to show you a couple of photos that I’ve taken from our living room. I don’t think we have the most exciting view but it’s not to shabby either. 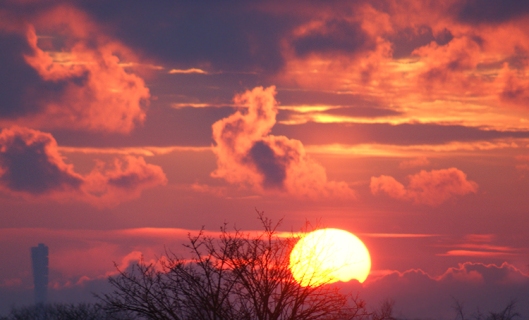 The colors during a sunset in the winter is a lot more intense than during the summer. Here’s the sun as it is setting behind Malmö. The Turning Torso can be seen in the lower left corner. Please press for a bigger version.

Is it spying when taking a picture of the dog living in the house across from ours? I hope not:). Please press for a bigger version. 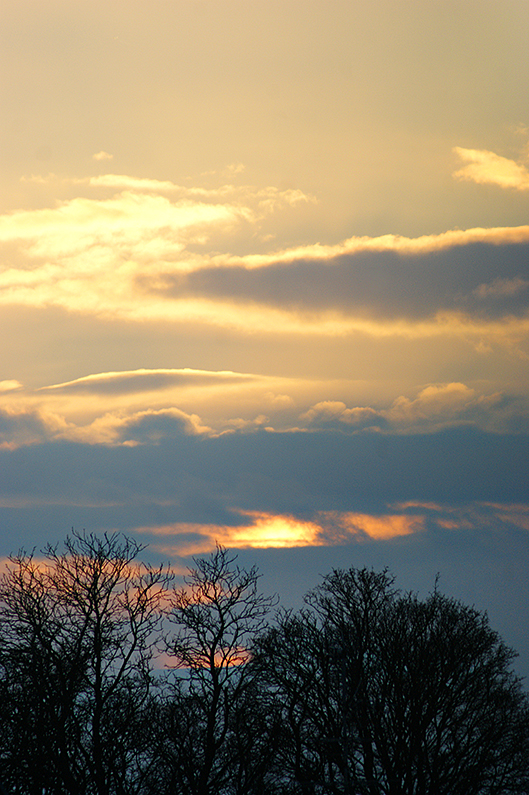 London, Palace of Westminster, The Thames

Yesterday’s post brought us to London and I thought we would stay there for yet another day and take a look at the Palace of Westminster. I’m not a big fan of its architecture but it’s impressive in its own way but I do like the sun as it peeks over the top of the tower and the way it shines on the street light on the Westminster Bridge. 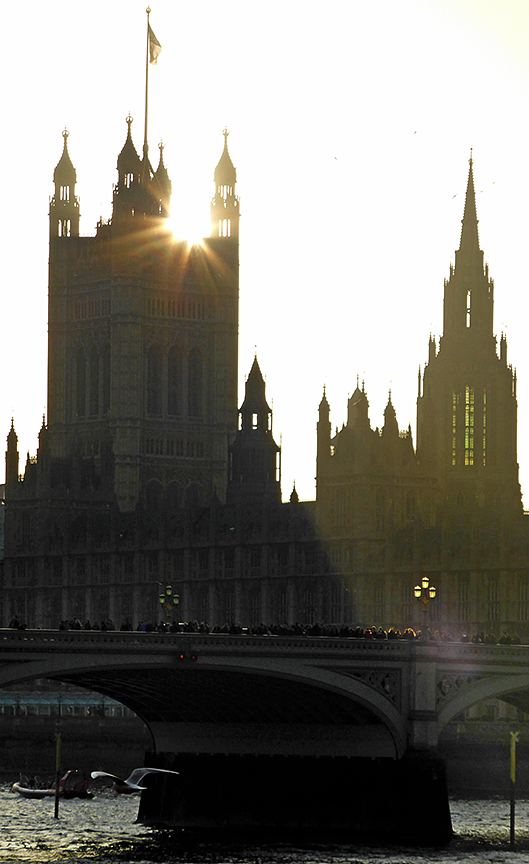 The BT Tower is a communications tower located in London. In total it is 191 meters high and was, until 1980, the tallest building of London. Its primary purpose back in the 1960’s, when it was built, was to support the microwave aerials that were used to carry telecommunications traffic from London to the rest of the country.
The tower is still in use but microwave links have been replaced by subterranean fibre optic links. An interesting anecdote is that the tower was designated an offical secret by the parliament and did not appear on any maps until it was officially “revealed” in 1993, some 31 years after being constructed.

Where I live in Sweden the days have already become more than 2½ hours longer. Days like the one below is still far away though but they’re getting closer.

Here’s a final picture of one umbrella from the pink umbrella invasion of Lund 2014.

I believe I sent out a warning to you the last time that I posted pictures of spiders that there would come more? Well. If you have a problem with them you probably should avoid today’s post. Sorry;)

This picture was taken mid-September, early in the morning. I was out on a little walk with Jr who had woken up. This beautiful web and hundreds of others could be seen by the path we walked on.

Another picture of a web with morning dew. This one with its owner present. 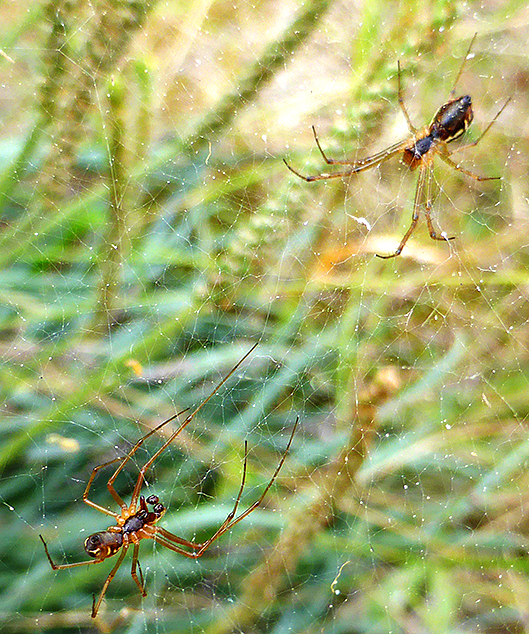 A third picture of a web. Without dew this time but with two spiders present. Just friends hanging out or is it perhaps mating time?